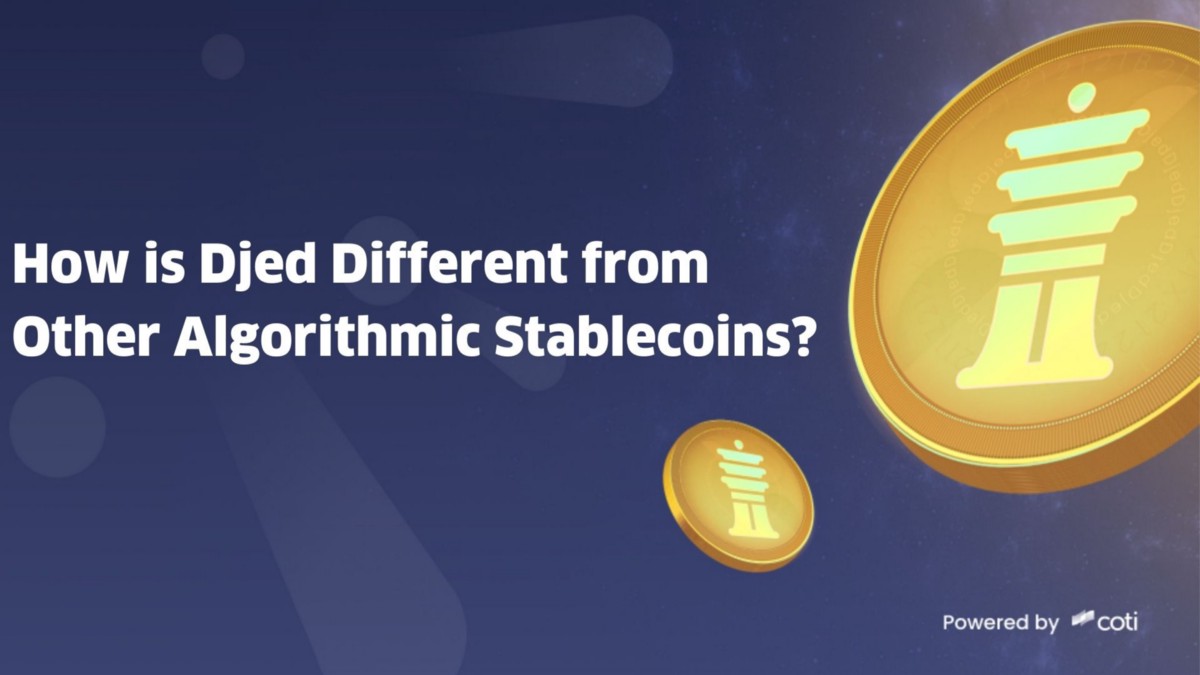 There has been a lot of volatility recently in the cryptocurrency market, and during such periods, the robustness of an algorithmic stablecoins is put to test.

The term volatility refers to when a market or security experiences periods of unpredictable, and sometimes sharp, price movements. While volatility is often associated with falling prices, it can also describe sudden price rises.

As of Tuesday, May 10th, $UST lost its $1 peg for the second time in three days, falling as low as $0.65 according to CoinMarketCap, while at the same time, $Djed kept its 1:1 peg to USD.

How did $Djed manage to keep its peg? The short answer is that $Djed is very different from any other algorithmic stablecoin in the way it’s built. $Djed has an algorithmic mechanism that is unique and that is specifically designed to protect its value in different scenarios.

The long answer is as follows:

$Djed’s algorithm is based on a collateral ratio in the range of 400%-800% for $Djed and $Shen. ADA prices fluctuations are offset by Shen, covering shortfalls and guaranteeing the collateralization rate.

The ADA reserve pool is not managed by market makers, but by users who mint the $Shen reserve coin and add ADA to the pool. This provides a decentralized aspect to the $Djed mechanism. $Shen holders are incentivized to provide liquidity through fees.

As $Djed can be over collateralized (up to 8x), the risk of $Djed being unpegged decreases. This means that for every 1 $Djed minted, there are 4–8 $Shen in the reserve pool. If the ratio falls below 400%, users will not be able to mint $Djed, and $Shen holders won’t be able to burn their $Shen. So in the event of a market dip there is a security blanket for $Djed holders that ensures its sustainability. The minting of new $Shen is also supervised in order to maintain the balances stabilized, and ensure there will always be enough ADA in the pool to provide a dollar equivalent value to the $Djed when burning it.

« Cryptocurrency Explained For Beginners – Types, How To Know A Scam & Future
Understanding The Basic Difference Between Crypto Coin & Token »