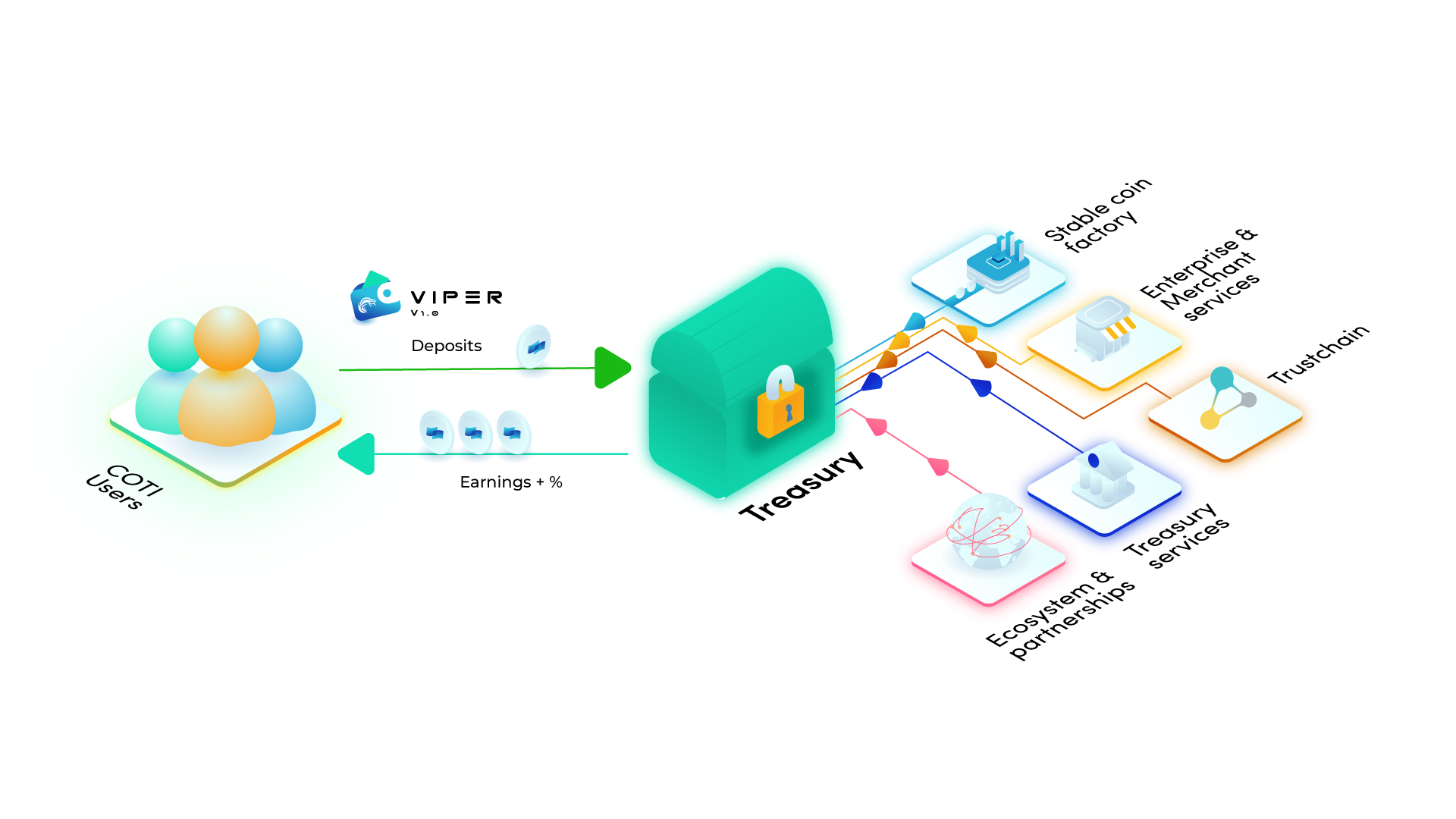 According to Shahaf, the growth plan for COTI is to bring everything COTI offers today and all that will be offered in the future into one coherent system, and move from payments to a next-generation financial system that’ll create value for $COTI holders.

This future ecosystem will include new features and services such as COTI’s Treasury, a stable coin factory, lending, and more, with the upcoming Treasury model combining the best of DeFi and COTI’s staking 3.0 program. 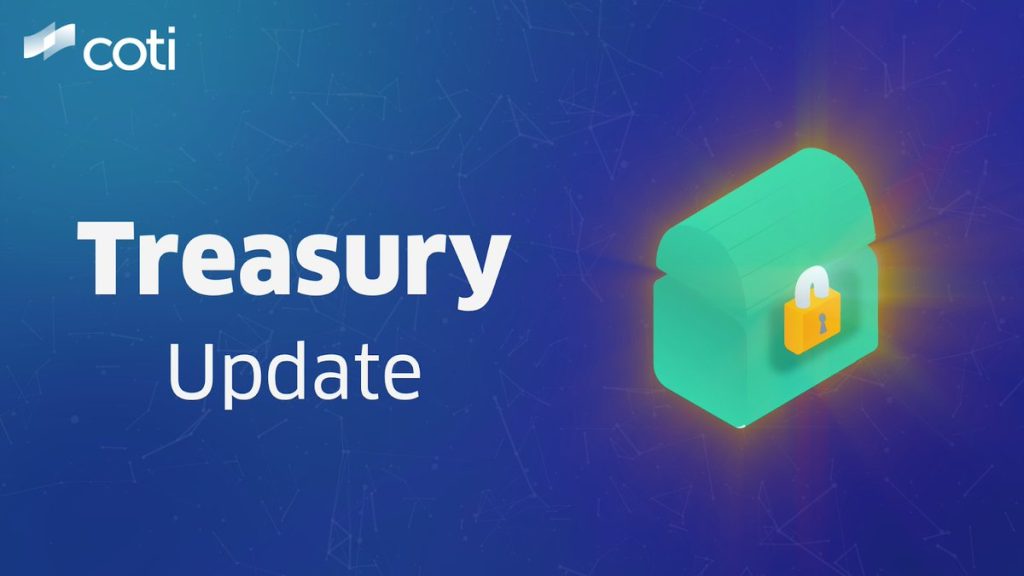 As COTI gets closer to the launch of the Treasury, it was necessary to give an update on the development progress and what has been accomplished so far.

COTI’s Treasury is an algorithmic pool of $COTI that enables users to deposit $COTI and get token rewards for their participation. The Treasury pool grows over time as the COTI ecosystem transacts and pays fees (directly or indirectly) to the Treasury.

When users deposit (stake) $COTI into the Treasury, they are entitled to a share of the overall Treasury pool, which will continuously grow as more fees are collected from the COTI product ecosystem. As COTI approaches the Treasury V1 launch, the company was happy to share some insights on development progress and outline the development roadmap for the coming weeks.

The company noted that so far, the COTI team has done extensive research into Layer 2 protocols and other DeFi investment products. The full product spec is completed and full-time work is ongoing on the implementation.

Before COTI began to implement the treasury software, its team recognized that there are a few crucial steps needed to be done:

Currently, the COTI system is under multiple tests across the unit, integration, and acceptance processes; performing these tests will lead to a much better product for COTI end users. The networks will also be loaded with higher than average volumes to ensure that there will be no system issues due to increased volume ahead of launch.

COTI’s plan for the future is to utilize its new multi-currency capability and to make the treasury more decentralized. COTI has already started exploring the concepts of $tCOTI and governance COTI; these will likely be rolled out as the next milestones of the Treasury.

The Treasury is one of the main pillars of COTI’s long-term growth plans. Looking ahead, COTI is planning an upgraded version of the Treasury to be launched this year. Using multiple technologies and services, a wide range of clients across the institutional and enterprise level will be able to transact and send $COTI fees to the Treasury pool.

COTI believe that a significant amount of payments will be accumulated in COTI’s Treasury, benefiting depositors and holders.

More updates and milestones to be shared in the coming days and week — expect more announcements soon.

You can read more about the treasury in the COTI’s growth plan, and in the Treasury whitepaper.