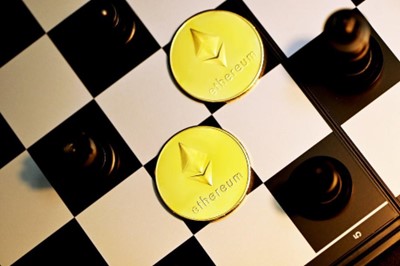 Ethereum is a decentralized, open source blockchain platform that allows third-parties to host various blockchain related endeavors and assets; from dApps to smart contracts, and so much more. Ethereum’s native cryptocurrency Token (ETH) has consistently been the second strongest cryptocurrency, only falling behind Bitcoin.

The Goal of Ethereum

The promise of Ethereum has always been to revolutionize how the internet functions, and usher in a new era of internet that exists on the blockchain, known within the industry as Web3. If Ethereum succeeds in this goal, it will change how the world stores data and handles finances.

What is The Blockchain?

If you’ve heard of cryptocurrency, there’s no doubt you have heard the word blockchain being thrown around more than once or twice. But what is the blockchain, exactly? Simply put, the blockchain is a decentralized database, meaning it’s divided between servers that are located worlds apart. These servers communicate with one another wirelessly to form a network upon which data can be stored. This network is referred to as a blockchain.

What Makes the Blockchain Different?

The blockchain is said to be much more secure than traditional data storage. Think about it like this. If you save an image on a computer in the form of a PNG, just about anyone with basic hacking skills can infiltrate that computer and steal the image.

The next time you want to access the file, the blockchain will solve an advanced mathematical equation in order to piece together your file before presenting it to you.

What Is Ethereum Capable of?

While Bitcoin was the first successful cryptocurrency on the market, Ethereum revealed the true potential of blockchain technology, proving that it could be used for so much more than just the transfer and storage of digital currency. Let’s look at a few features that give Ethereum an advantage over Bitcoin.

The first time Ethereum really carved out a unique niche for itself in the blockchain industry was by offering the exchange and execution of smart contracts. How a smart contract works is by setting up specific terms of an agreement by two or more parties. The transfer of assets does not go through until the agreed upon conditions are met.

For example, let’s say Person A agrees to sell a piece of property to Person B, for a certain amount of money. A smart contract will make sure that Person B does not receive the deed to the property until Person A has received the exact amount of money agreed upon as per the contract. Once these terms are met, the exchange will happen automatically. In general, smart contracts are considered faster, more efficient, and more secure than traditional contracts.

EVM also functions as a software platform that provides developers the tools they need to create dApps and other assets to be hosted on Ethereum’s blockchain.

The purpose of a decentralized network is to ensure that it isn’t beholden to the regulation of an external ruling body, such as a bank or government. Rather than being moderated by traditional means, Ethereum features its own validation protocol. This validation protocol exists to verify the legitimacy of any asset, and any transaction on the Ethereum blockchain.

When new Ethereum tokens are mined, the blockchain validates them to ensure that each token is non-fungible.

What is Ethereum Mining?

Ethereum Mining refers to the process of generating new tokens on the Ethereum blockchain. Ethereum mining requires the use of high-powered GPUs that solve advanced cryptographic equations in order to create new tokens. As more Ethereum is mined, the blockchain network grows stronger and more secure. This power in numbers system is known as a Proof-of-Work Consensus Mechanism. Ethereum mining is expensive, and becomes increasingly difficult as more Ethereum is mined.

Since its launch back in 2015, the Ethereum blockchain network and cryptocurrency have proven to have practical applications in a number of various sectors.

Decentralized Finance, or DeFi is perhaps the most remarkable of real-world use cases for Ethereum. Decentralized Finance is an umbrella term that encompasses all the various finance related functions that can be carried out on the blockchain. Examples of DeFi include Asset Management, Payment Solutions, Insurance and many more.

Traditional data storage that has been sued by major technology companies such as Microsoft and IBM, focus on putting all their eggs in one basket. These companies operate massive data farms, with entire buildings full of interconnected servers that store massive amounts of data. If one such data farm was compromised, say by a data breach or natural disaster, the company would stand to lose substantial amounts of data, and probably a lot of money.

The Future of Ethereum

Ethereum has already established itself as the dominant force in the blockchain industry. As the market for blockchain technology and decentralized assets continue to expand, it is likely that Ethereum’s position in the market will only grow stronger. Investors in Ethereum are confident that Ethereum is a valuable asset, and will continue to be in the years to come.

« Will the Lucky Block Altcoin Revolutionize Lotteries In The Metaverse?
Is Cryptocurrency Trading Addiction Surging With Growing Popularity Of ? »

Best Tips For Cryptocurrency Trading In 2023